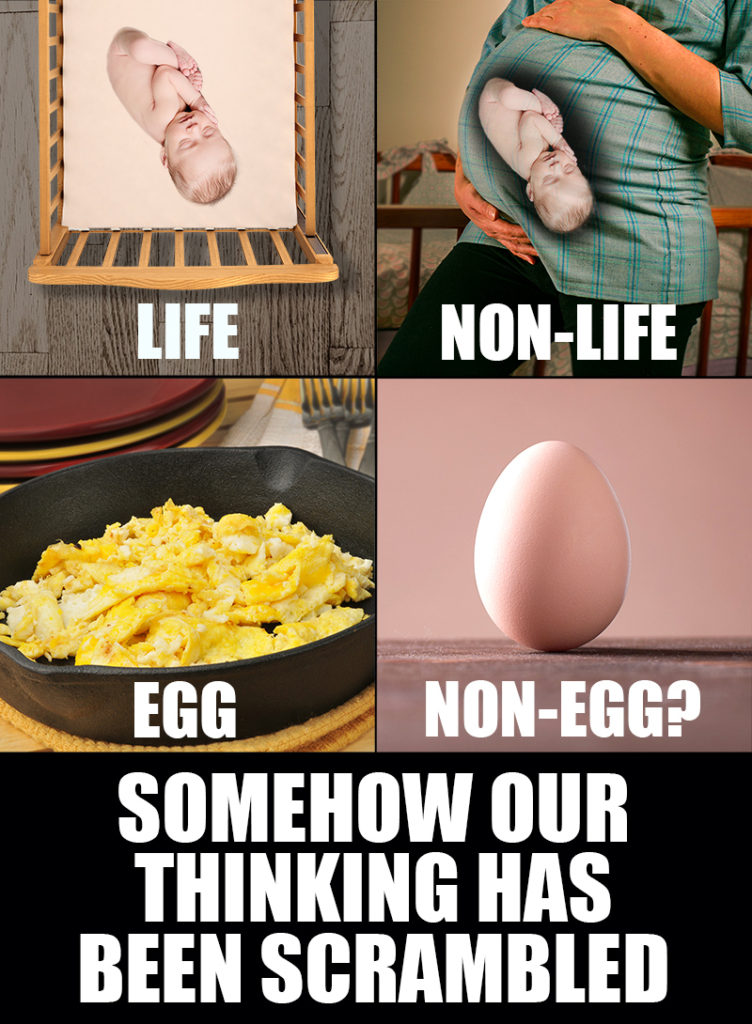 The word conscience means “to know with.” God has designed the human conscience in such a way as to know right paths from wrong paths. Unfortunately, the wrong path is often the most tempting. “For wide is the gate and broad is the road that leads to destruction, and many enter through it” (Matthew 7:13b).

So what do we do with this conscience of ours when it presents moral restraints that seem to limit our freedom? The first step is that we suppress the truth because of our unrighteous desires (Romans 1:18). This leads to the hardening of our hearts toward moral truth. Our conscience soon becomes defiled and callous.

The next step in this progression is to minimize the seriousness of the moral restraint by changing the terminology identified with the issue at hand. Simply put, we soften the terms from something offensive to something palpable. Here are a few examples:

The result is that issues once recognized as morally wrong are now accepted and promoted.

While there are many examples, there is no greater modern moral issue where the redefining of terms has led to such a holocaust as abortion. It is not hard to see the searing of the conscience of an individual — or even a nation — on this issue. The social and personal impact of abortion has been diminished over the years by the introduction of less-offensive language. The abortion industry has leveraged vernacular change with such brilliance that what was once seen as horrific and unthinkable is now promoted as normal, even healthy.

Note the clever use of softer terminology by the abortion industry:

It’s a woman’s choice. Sounds good. Who could possibly be opposed to choice? This is our fundamental right and freedom, is it not? However, no one wants to talk about what this choice is about. Is she choosing her clothes for the day? Choosing tea or coffee? Scrambled eggs or fried? Choice seems innocuous enough — until we realize that the stakes are much higher than presented. The word choice is a clever sleight of hand designed to shift our eyes off the real issue — a child’s life. The real choice at hand is whether or not to end the life that God has created in her womb.

I have a right to do what I want with my body. I could not agree with this statement more. To decide whether she wants to exercise or not is certainly her right. But in this case, somehow the body inside of her is left out of the equation. Does she have the right to destroy another body for her convenience? Where do her rights intersect with the rights of that other body, being knit together within her?

We have already seen abortion advocates cleverly shifting the terms once more, asking such questions as, “Well, when does ‘life’ really begin?” And on and on we go. If we found evidence of even one single-celled organism on Mars, headlines would blatantly tout LIFE FOUND ON MARS! Yet the severed conscience of fallen man would still continue to debate about the the complex miracle of life in a mother’s womb. Somehow our thinking has been scrambled.

Let me be clear to say that we are not to hate those who oppose us on this issue. We are to simply bring the truth to the surface, present it lovingly, and allow God to work. Society may try to redefine the terms for us, but for those who follow Christ, let us keep our eyes sharp — and our consciences clear — on the real issues at hand.

I praise you because I am fearfully and wonderfully made (Psalm 139:14).

2 thoughts on “Abortion and the Conscience”