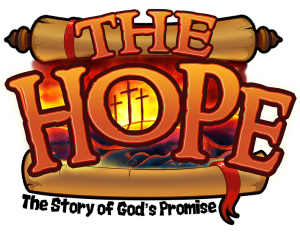 “By faith we understand that the universe was formed at God’s command, so that what is seen was not made out of what was visible.” – Hebrews 11:3

After reading the preceding excerpt from The HOPE video, let’s consider a few of these concepts. First, because God is all powerful, not limited by anything, He can create however He chooses, even simply by speaking. This concept is clearly presented in the Bible:

“…by the word of God the heavens existed long ago and the earth was formed.” (2 Peter 3:5)

Secondly, God made everything that is out of nothing. Think about that. When we humans create, we must utilize or draw upon things that existed before us. When we “create” we are really “re-creating.” But God, who created from nothing, is creative in the ultimate sense:

“…God, who gives life to the dead and calls into being that which does not exist.” (Romans 4:17)

Third, God created the whole world in six days. We find this concept clearly presented in the Bible:

While students of the Bible have long debated the meaning of “six days,” the assertion that God made the heavens and the earth and all that is in them clearly contradicts the notion that the world is simply the result of a natural evolutionary process.

BIG IDEA: God created the universe and everything in it. And it was good.

“In the beginning God created the heavens and the earth.” -Genesis 1:1

“God saw all that he had made, and it was very good. And there was evening, and there was morning—the sixth day.” -Genesis 1:31

“By faith we understand that the universe was formed at God’s command, so that what is seen was not made out of what was visible.” – Hebrews 11:3

Pray a prayer of thanksgiving for all of God’s creation and how He has supplied our every need.