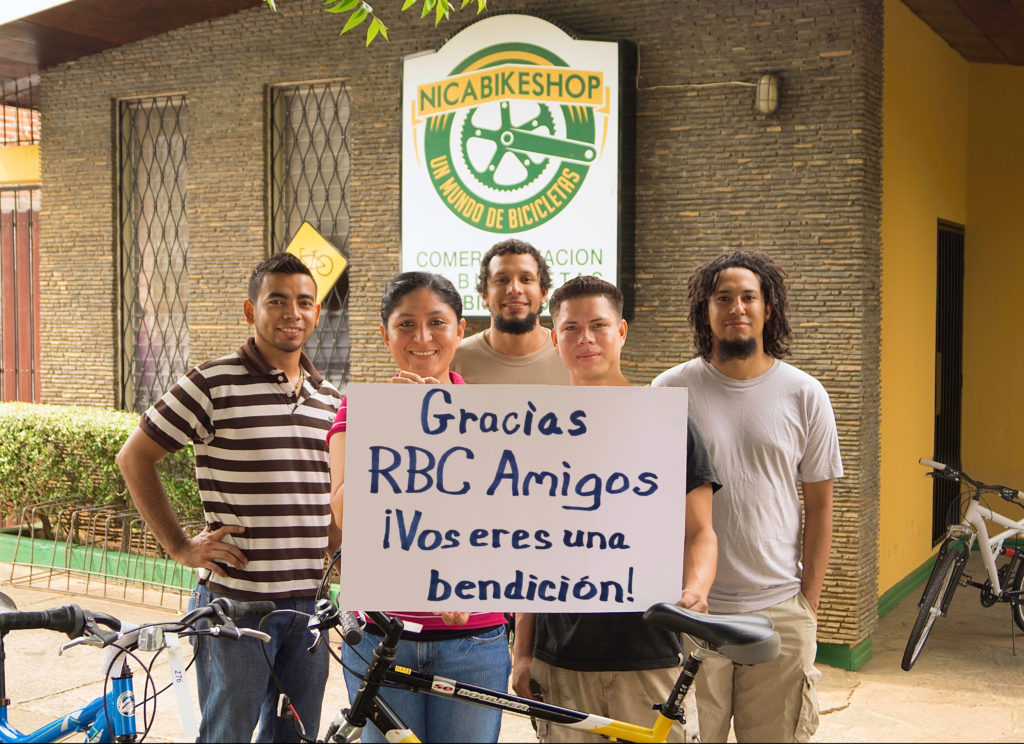 We are thankful that over 500 hundred bikes have been donated by RBCers in support of the Casa Bernabe orphanage in Nicaragua.

Thanks in part to your generosity, the orphanage has developed Nica Bikeshop, a thriving bicycle shop where orphans are discipled in Christ as they learn vocational skills like bike repair, sales and customer service. We recently received the photo above from some of the Nica Bikeshop workers – the sign reads, “Thank you RBC Friends. You are a blessing!”

We also received the message below from Cal Covert, our ministry contact for the bike donations. Cal is on the board of directors for NicaWorks, the non-profit organization that oversees the bike collection and many other aspects of care, support and ministry in Nicaragua.

The bike shop has provided opportunities for many Nicaraguans, including orphans and at-risk youth. It is now the largest bike shop in all of Nicaragua. RBC has played a vital role in donating more than 500 bikes to the ministry. The shop has been a tremendous opportunity to mentor young men and women who otherwise would have no hope of a future for themselves or their families. For example, Josh, the director of the bike shop is a recovering alcoholic. Last fall he looked me square in the eyes and said, “If it wasn’t for this business, I know I would be dead right now.” Not only has he pulled his life together, but he is in a strong walk with Jesus that he never had before. Josh meets with his Nicaraguan and American (via Skype) mentors at least once every week.

Thank you, RBC, for your continued generosity as we know Christ and make Him known in Northern Virginia and around the world!